I was especially disappointed with United Airlines' "Premium Service" return flight from JFK New York to San Francisco (flight 893 on 3/29/08). My flight to New York was great (flight 6 on 3/22/08) because it had all the bells and whistles that I expected, but my return flight was a total nightmare.

I paid 45,000 frequent flier miles to do this vacation in business class, and here's what you get on a flight on United Airlines on their "Premium Service" flights to/from New York JFK and SFO/LAX:
Here's some photos I took of my flight from SFO to JFK on the Premium Service plane: How do you like the fact that the special United P.S. plane (Boeing 757) was changed to a Boeing 767 international configuration?

We get this announcement about ten minutes prior to boarding flight 893 on 3/29/08. Then the lady on the PA system says that you don't get all the perks. Damn.

Here's a list of what I lost due to this plane change:

I'd have to say, First Class passengers would be really pissed off. The Premium Service planes comes with those flat sleeper seats, but all they got was a reclining seat instead. What kind of bullshit is that?

Oh yeah, even worse: The plane took-off 30 minutes late. Two lightbulbs were burned out and the tap water system in the rear of the plane was not working. Whoopie.

Here's some interesting news, while my experience was bad, reading the summary of flights from JFK to SFO on 3/29/08, flight 17 was supposed to leave at 5:35PM but left at 7:04PM due to "ramp service."

Come on United. I expected better. 45,000 air miles is a lot to pay for a nice seat and top notch premium service. How about some compensation for this expensive flight?
Posted by Akit No comments: If you love Costco and need a GPS, this week is the time to go shopping at your local location or go on their website: Costco.com.

They are selling two Magellan brand GPS products on sale. Their smaller one is only $149.99 and their original price is usually $199.99.

But the mega bargain this week is their Magellan 4250 (see picture below), which is getting some great marks from professional product reviewers like CNET. 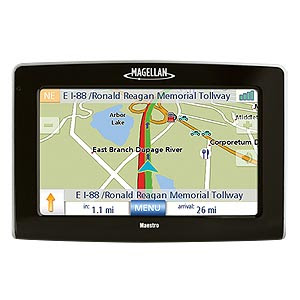 I got one today at my local Costco, and let me tell you, they were selling these things like hot cakes. I had to get into the wherehouse right at 11AM and purchase it quickly. Don't forget to bring your $100 off coupon. Some locations even have the coupons at the register for people who forget.

This is one hell of a treasure! I guess the Costco G.M. is right, you'll always find a treasure.

Get it NOW! Click here for the direct link to purchase it online.

Lastly, notice the photo on the top of this blog post? I was chomping down on a chicken bake and noticed that they removed the gold star membership price from their wall. Maybe they are trying to get people to just join as an Executive Member, but it might backfire if people unfamiliar with Costco get a membership and realize that $100 is way too expensive. But they still offer gold star for only $50.
Posted by Akit No comments:

Tons of Free Stuff on your Birthday - A Guide

I find when my birthday comes around, a lot of places do some great things to attract you to their business to give you free things.

Here's a list of places I know about that gives you free things.
Well folks, that's the list of things you can surely fill your stomach with. If you have any tips, feel free to drop a line in the comments section!
Posted by Akit 1 comment: