Earlier today, I confronted a towncar driver who was trying to sell to tourists a $3 ride to downtown.  If you watched the video above, the confrontation went ugly and I hoped he realized that he's going to be out of a job very soon and face a $5,000 fine.  I intend to report this to the California Public Utilities Commission and SFMTA enforcement. 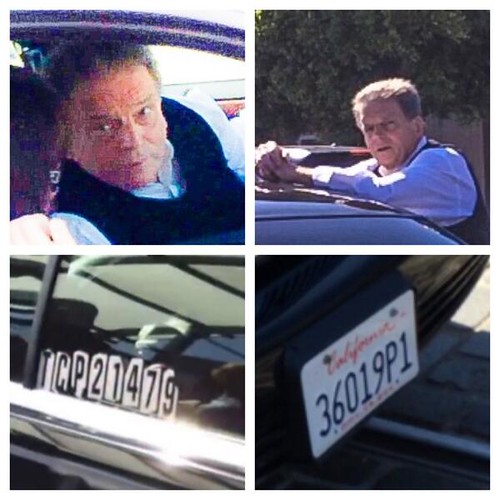 But before I get to the laws about this, I also found out this mean asshole's vehicle isn't even legal!  Here, take a look:

The TCP number listed as per the PUC means it's not legal, so we have a dirty vehicle with a driver who steals fares.

Limo and towncar drivers who solicits for rides are doing a lot of things wrong:
(1) They steal work from legitimate taxicab drivers.
(2) As it's not a taxi, the drivers may not be subject to the scrutiny the City and County of San Francisco enforces on cabs and their drivers, such as background checks, testing them on the city map, frequent vehicle inspections, inspecting taxi meters, and liability insurance.  A few years back, I had a towncar pull over and passengers yell at me: "do you know where Nob Hill is?"  I responded: "You should fire that driver."
(3) Limo and towncar drivers have been known to rip-off passengers by advertising a cheap ride, then jacking the fare or dropping passengers off in some not so nice areas.  I've never heard of a $3 and even a $5 fare from Fisherman's Wharf to downtown before.
(4) They take advantage of tourists who doesn't know the laws, BUT I DO.

Why did I record and confront that driver?  Here's why:
A week ago, I was waiting at that exact location for a F-Market trolley, but they were taking forever to show-up.  During that time, two limos pulled over in front of the stop, opened their door and solicited a "$5" fare to downtown.

The first vehicle driver, I asked him: "Are you aware of the MTA laws about soliciting?"  He knew he just got caught by a local resident who knows the laws.  He apologized, got back in his car, and apologized again at me.  Since he was playing nice, I told him I wouldn't report him.

The second vehicle driver, I said nothing.  Instead, I decided to take a photo of his vehicle and record about 15 seconds of material while he took about five passengers.  At that point, I decided to take a few minutes at home to report it to the SFMTA, and an inspector contacted me a day later for a copy of the photo and video.  I'm expecting the inspector's case to be a slam dunk and a fat $5,000 fine.  See video and photo:

Today's lesson!
Today's lesson, don't get cheated by illegal operators.  I have a new found respect for cab drivers who do follow the laws and have the right to take on-demand rides.   The cab drivers have to make a living, and I hope the PUC and the cops find that illegally operating towncar and that foul mouthed driver, and tow it away.

I KNOW MY RIGHTS.  FEAR ME you illegally operating towncars and limos.
Posted by Akit 6 comments: