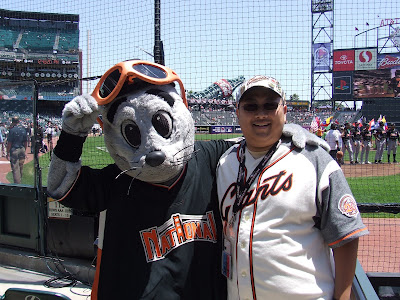 I was one of the fortunate people that was able to attend the 2007 All-Star Sunday Major League Prospects, plus the Legends and Celebrity Softball game at AT&T Park (a.k.a. Pac Bell and SBC Park) on Sunday, July 8, 2007.

My ticket was in the "Dugout Club" section located in the area behind home plate (section 115) and I was sitting in the second row, and I know that I was on national television on ESPN several times. If you don't believe me, take a look at this video clip:


Now sure, my tickets cost me a whopping $125, but the nice padded (yes, I said it, PADDED) seats were totally worth the price. I was able to get three photo sessions with various mascots like Lou Seal, and plenty of photographs of celebrities at their best (and sometimes doing odd things). 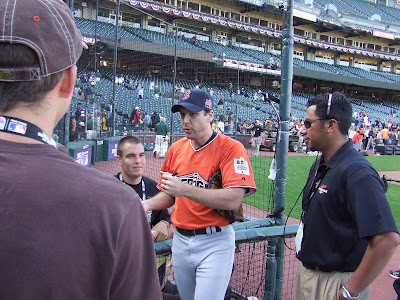 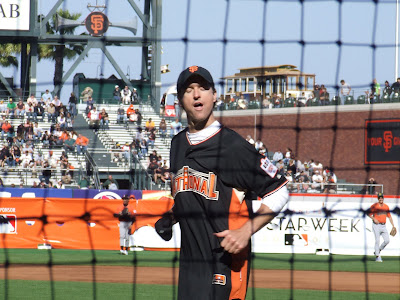 
I must say, the price I paid for the seat was totally worth it. I did not pay anything extra to some Stubhub or scalper guy, I paid directly through the Giants ticketing website the day before the event and scored!